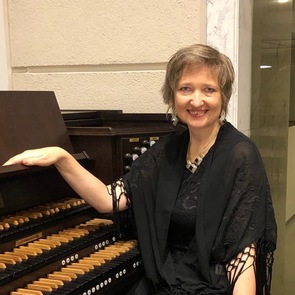 While still a student she has given concerts both as an organist and a pianist in Lithuania, Latvia, Russia, Sweden, England, Germany and USA. In recent years she is constantly being invited to perform in Lithuanian churches and concert halls; she has participated several times at the Great Musicians’ Parade organized by the Lithuanian Musicians Union, as well as St. Christopher Summer Festival. Dalia has given concerts together with the Lithuanian National Symphony and Malmo Symphony Orchestras. She has gained huge experience by participating in various international festivals, competitions and concerts (Germany, Poland, Belgium, Holland, Hungary, Italy, Slovenia and Switzerland) together with the choir of Vilnius Pedagogical University Ave vita (led by K. Barisas), the boys’ choir Sakalėlis (led by M. Viesulienė and B. Dvarionas), Ten Year Music School Pupils’ Choir (led by V. Katinienė).

In the summer of 2003 Dalia was invited to the MasterWorks festival in Winona Lake (USA, Indiana) organized by the Christian Performing Artists Fellowship. There she performed successfully both as a pianist and as a participant of various chamber ensembles; she also attended master classes for pianists and chamber ensembles held by Eugene Alcalay, Roslyn Langlois, Lori Rhoden, Daniel Horn, Hugh Sung, Lisa Emenheiser and Larry Dutton.

Since 1997 Dalia has joined the activities of Crescendo International; she participates in various conferences, concerts and other events and projects both in Lithuania and abroad. Currently she is one of the leaders of Crescendo Lithuania together with Margarita Viesulienė, Audrone Jurkėnaitė and Elžbieta Lazauskytė.