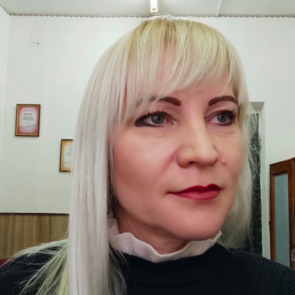 Concert performer, accompanist, chamber musician, piano teacher Nataliia Abdulina is a winner of several international competitions. She regularly performs as a pianist, and participates in competitions as an announcer. As an accompanist she has worked with almost all instruments, vocalists, and since 2001 she has been the accompanist of the choir in Uman Regional Music College. She was born in Uzhgorod in 1975. She graduated from Tchaikovsky Musical School. She studied at the Uzhgorod Higher School of Music (1991-1995), and Prokofiev Donetsk State Conservatory (1995-2000).

She worked in Uman (Ukraine) as a piano teacher and accompanist at the Tychyna Uman State Pedagogical University (2000-2003) and at the Uman Private Music School "Aeda" (2001-2017). She has been working as a piano teacher and accompanist in the Uman Regional Musical College since 2000. She has been teaching at the Children's Music School 1 since 2017.