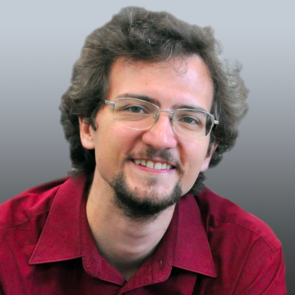 Ferenc János Szabó (1985) is a pianist and musicologist. In 2008 he graduated with distinction at the Liszt Academy of Music as a piano student of Jenő Jandó and Sándor Falvai. He obtained a DLA degree in piano 2012 and a PhD degree in musicology in 2019.

He has won awards both as a pianist and chamber musician in several international competitions. He is a founding member of the THReNSeMBle contemporary music chamber ensemble and the Trio Duecento Corde piano trio, and has performed in several European countries as well as in China.

Since 2013 he has been a lecturer at the Liszt Academy of Music. Since September 2011, he has been working at the Institute of Musicology at the Hungarian Academy of Sciences. He has been a member of the 20th and 21st Century Hungarian Music Archive since 2012. He has won several scholarships both in performing arts and in scientific fields (Annie Fischer and Zoltán Kodály scholarships, HAS postdoctoral scholarship, Thomas Edison scholarship of the British Library, etc.). His research topics are the history of Hungarian recordings and the history of Hungarian performing arts.

You can communicate with Mr. Szabó in English, German, Hungarian.