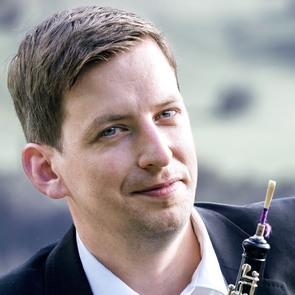 Jean-Jacques Goumaz began his musical studies in 1988 at the Conservatory of Fribourg in Switzerland. He continued his formation through Bern, London and Munich (François Leleux).

In 2001 the Swiss oboe player received the 2nd Prize at the Royal College of Music Awards in London. In 2002 he obtained the Glasson scholarship in Switzerland and was laureate of the International Competition in Belgrade. This opens him the door for orchestra competitions, and in 2003 he won the post of first oboe solo in the Orchestra of the Mannheim National Theatre.

Besides his regular engagements in major German orchestras (Munich Philharmonic, DSO Berlin, Stuttgart Frankfurt and Munich Opera Orchestras) Jean-Jacques Goumaz cultivates a passion for chamber music that he loves to share with his friends.

You can communicate with Mr. Goumaz in English, German, French.